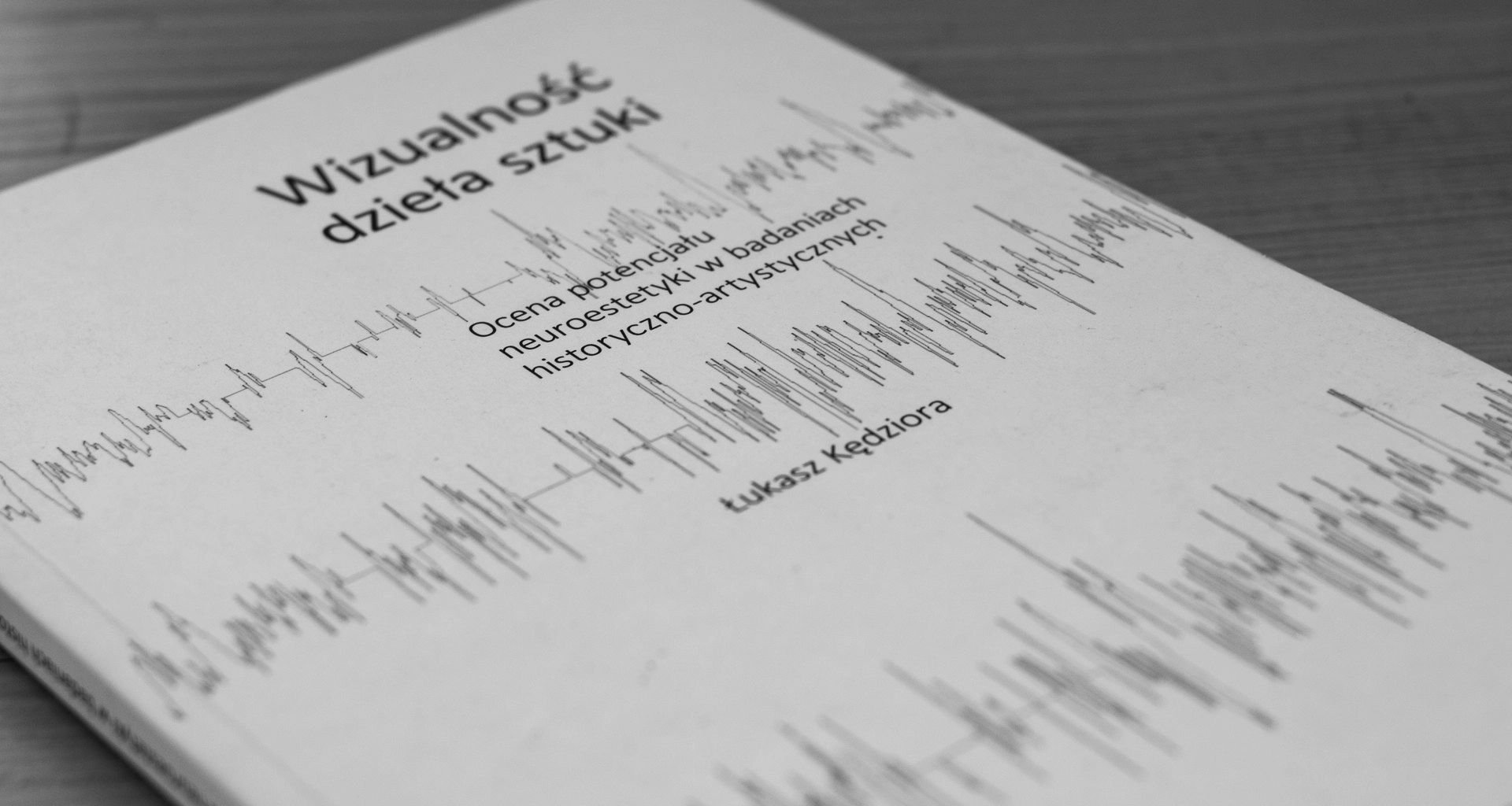 So far, the issue of using the results of neuroaesthetic research for image interpretation and analysis has not been discussed by any Polish art historian. Wondering about this fact, I have decided to answer the question why Polish art historians and culture experts do not undertake such an interesting and current subject. The answer was so complex that I have turned it into a more elaborate argumentation, aimed at initiating some dialogue between art historians and the representatives of natural sciences, especially neuroscientists. Before, however, I determine the very purpose of this book, I shall present the reasons why it is worth dealing with applying the methods and empirical research results for art interpretation.

Firstly, I would like to introduce a wider trend which still remains unnoticed in art history, even though some acknowledged researchers, such as John Onians or David Freedberg, have been engaged with for several years. The cognitive turn is a well-known term for sociologists, musicologists or aestheticians. The latest “subdisciplines”, such as neuroaesthetics, neurosociology, or neuromusicology, constitute the best evidence of the progressive cognitivisation of humanities. This process has also explicitly reached art history – resulting with the emergence of neuroarthistory. The perspective proclaimed by Onians in 2008 and its corresponding terminology have gone unheeded among the Polish environment; moreover, they have not initiated any worldwide discussion either. Having an opportunity to talk with the author himself, I asked him about the response(s) to his book. He said that the readers got divided into two groups: the first one felt offended and stopped talking to him, while the latter completely ignored the contents of this publication. Both reactions have not, unfortunately, contributed to developing and using the new research perspective. Thus, the first argument for attempting to integrate neurosciences and art history constitutes a peculiar status quo of the discipline – inertia and lack of discussion on this issue. The second argument is also connected with a groundbreaking, in my opinion, book by Onians: Neuroarthistory: From Aristotle and Pliny to Baxandall and Zeki. Having observed the course of the cognitive turn in art history, and preparing its systematics as a part of my PhD dissertation, I have noticed a number of common features among different approaches. Both John Onians and David Freedberg, Pamela Sheingorn or Barbara Stafford, emphasise the importance of visual experience. Unfortunately, the postmodern discourse omits the basic category of art existence – seeing. It seems obvious that no work of art can apply without the possibility of seeing it and, still, the discursive, socially and culturally involved interpretations, neglect this issue. A kind of renaissance in seeing should be probably owed to two factors: the first is tiredness stemming from erudite interpretations, making the very research object disappear in the eyes of their authors; the second relates to dynamic (incomparable with any previous historical period) development of the research on perception and insight.

The third argument for introducing empirical methods to art history research is of a more historical character and, at the same time, constitutes one of the theses presented in the forthcoming chapters of this work. While searching for methodological basis for creating transdisciplinary interpretations of art, it is worth analysing the rich history of the history of art methodology. Even a cursory search will show that art history has been, at various stages and in various ways, interested in perception. It would be worth mentioning at this point the three classics. Heinrich Wölfflin also used to mention the need of creating psychological history of art, while Ernst Gombrich wrote that there come such moments when art historian has to venture into a psychologist’s territory of research, and Rudolf Arnheim claimed that art has to be dealt with in a “concrete” way, omitting “the dazzling obscurity of arty talk, the juggling with catchwords and dehydrated aesthetic concepts, the pseudoscientific window dressing, […] the elaborate measurement of trifles, and the charming epigrams”. The researchers in question, though seemingly so different, shared the common need to introduce a new quality to image analysis. All of them made use of the potential given by connecting research methods from various scientific disciplines. Among other art historians referring to the problem of perception I could mention Alois Riegl, Aby Warburg, Wolfgang Kemp, Michael Baxandall etc. The third argument will therefore concern the need for continuing the research which puts perception problems in the first place. What can also be observed is a clear need to confront the thinkers’ contribution with the results of neuroscience(s) research. It is easy to imagine such verification on the example of using Arnheim’s statement that he frequently used to presume, or make speculations on the laws underpinning perception.

Such formulation of the three arguments with regard to neuroarthistory clearly raises the need to apply neuroaesthetics as a new method of art interpretation. As I have mentioned before, the main goal of this book is to initiate a dialogue between art historians and neuroscientists. The means by which to attain this objective is making art historians acquainted with elementary issues concerning neuroaesthetics. An indirect goal is to pass an account of the condition of research concerning the already existing measures of applying neuroscientific knowledge for history of art or, more broadly, art sciences. One of its tasks is also to signal some methodological and institutional problems emerging while conducting such type of research. In the present work, there will often appear a difficult to define term of transdisciplinarity. This specific research modus, borrowed by humanists from natural sciences, seems to be gradually growing in importance. In the present study, its exact definition is not going to be provided; I think, however, that after reading the text, the term will become more understandable. It is also the case with the term of biohumanities that still cannot gain its clear definition. The ultimate objective of the present work is to inspire the readers to conduct their own research. If there appears a feeling of slight insufficiency or a thought being suddenly cut off while reading – it is an intended effect. In order to illustrate a certain body of knowledge concerning neurosciences in a manner that would remain friendly for an art historian, I had to refrain from further digressions. Therefore, sometimes I only dare to signal some potential research problems and encourage the reader to solve them. A particularly significant element of the lecture is methodology. The main methods of discussing the material presented are: formal analysis, biographical analysis, comparative analysis, and case study.

The text has been divided into three chapters. In the first one, I explain the term neuroaesthetics and present the following theories: neurological theory of aesthetic experience by Vilayanur S. Ramachandran and William Hirstein, the phenomenon of two pathways of visual processing system by Margaret Livingstone, and the typology of visual stimuli by Piotr Markiewicz and Piotr Przybysz. The second chapter presents joint research fields between neuroaesthetics and art history. The following theories are subsequently discussed there: neuroarthistory by John Onians, the meaning of empathy and perception of art by David Freedberg, Technoscience Art by Alkim Almila Akdağ Salah and Albert Ali Salah, and the criticism of Ramachandran and Hirstein’s theory provided by John Hyman. The last chapter contains analysis of four artists’ works. The first study concerns the evolution of Władysław Strzemiński discussed with respect to neuroaesthetic definition of an artist, stating that every creator is, in a sense, unaware of being a neurobiologist. The second study provides an analysis of dramatic experiences of a psychiatric asylum’s patient from Waldu, Adolf Wölfli. The main aspect of that interpretation is to assess the influence of schizophrenia on the work of artist who had not shown any artistic predispositions before his committal. The third study refers to Stanisław Zagajewski and his hybridised sculptures. In this case, the crucial path followed are the peculiar scale exaggerations in sculptures he created. The fourth analysis focuses on Pozytywy by Zbigniew Libera, with respect to the phenomenon of its popularity in mass media.