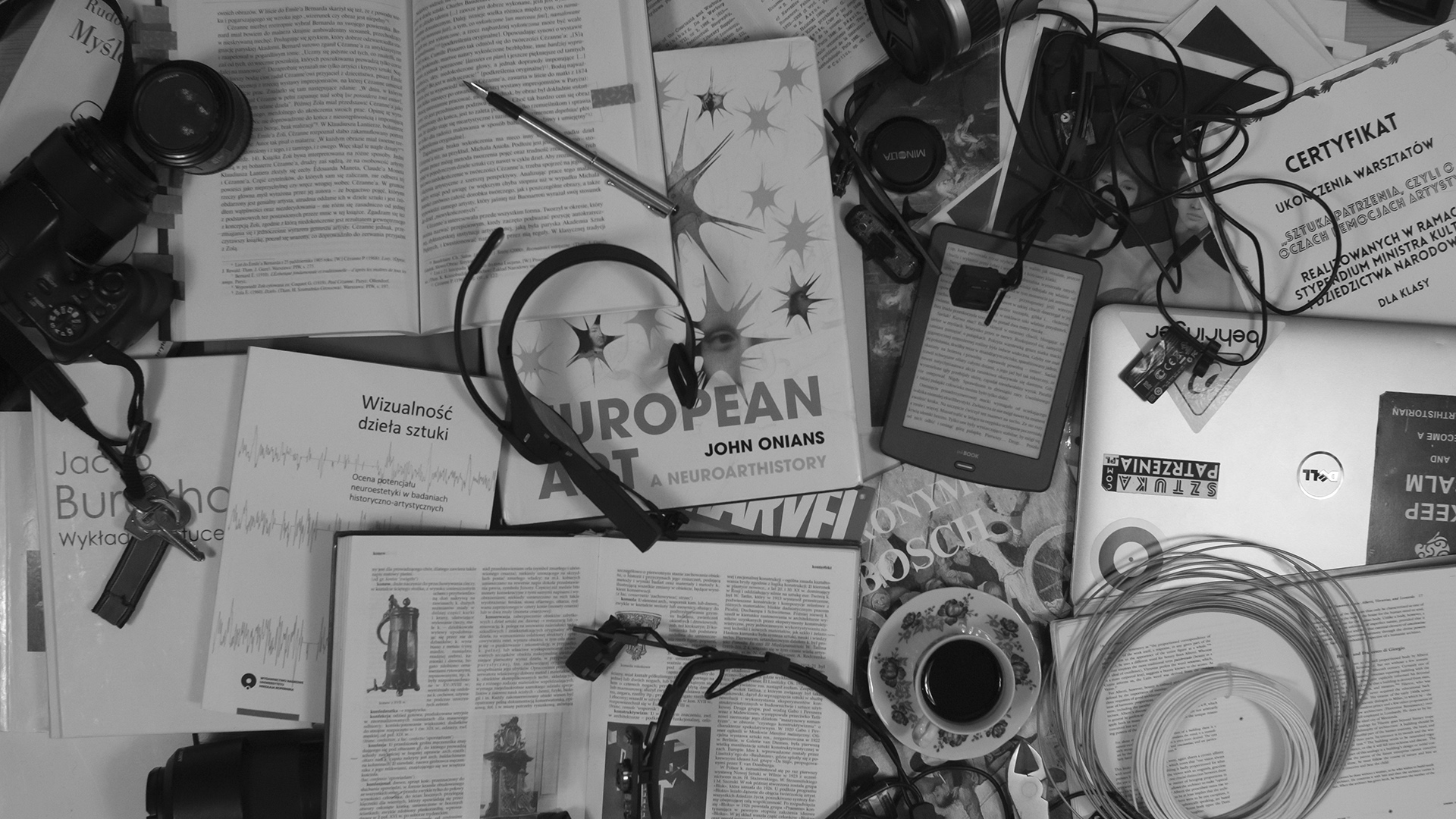 THE MAYOR OF TORUŃ ARTISTIC SCHOLARSHIP

Objectives
The main idea of the project How to look at pictures? Analysis of selected paintings from the District Museum in Toruń collection was to create a set od 8-10 descriptions and analyses of pictures, together with their detailed photographic documentation. It was decided to search for the works of art created after 1800. First, the author of the project will choose only those which have not been given any detailed analysis and visual documentation. Another important criterion will be selection of such works that, directly or indirectly (e.g. through composition), tell the recipient something about the mechanisms of seeing. Analyses will include the newest methodological perspectives related to various scientific disciplines, such as: neuroarthistory, neuroaesthetics, as well as Hans Belting’s anthropological studies. Photographic documentation will also fulfil a special function, being an important reflection of the research methodology.
The result of the project will consist of an extensive material of texts and illustration, intended for publication in the form of an interactive e-book, bearing the logotypes of Toruń and the District Museum in Toruń. The applicant will also attempt to publicise the project results in the local and national media. One of the elements promoting the event (in cooperation with the museum) might include an exhibition of photographs prepared while conducting the project at the District Museum in Toruń.

Methodology
Eleven participants took part in the experiment. Due to technical reasons, it was possible to analyse data collected from 9 participants – 4 women and 5 men. The average age was 30,1. All participants had good or rightly corrected eyesight. The tool used for conducting the tests was Tobii Pro Glasses 2. The participants were to determine their level of interest in paintings on a 0-9 scale. The average turned out to be 6. Then, each of them was given the instruction: Have a look at the “Polish painting and sculpture from 1945 to 2010” exposition in a natural, casual, time-unlimited way.

Results
1. Museum query of the present painting collection at the District Museum in Toruń has allowed to choose the exhibition described in the project. Its criteria involved, among others: the quality of works, their accessible exposition, the number of objects, cubature of the building, the number of monographs about the exposition. On the basis of the query, initial studies of particular works of art were made.
2. The next stage of the project was to create methodology for conducting eye-tracking research in a museum space. So far, no experiments of this type using mobile equipment were conducted.
3. Then, draft photographic documentation of the whole exposition was provided, to be used later for processing data from the eye-tracker.
4. Carrying out the experiment involving 11 people. The participants were given an instruction to watch the exposition freely, naturally and with no time limits. About 217 minutes of eye movements were recorded during watching particular works of art. Additional element of the experiment included short info surveys.
5. Partial development of the eye-tracking research results of 77 works of art, based on the material recorded during the experiment.
6. Cooperation with Art & Science research foundation om –organisms and machines in culture, Center of Neuropsychology and Utility at University of Economy WSG in Bydgoszcz, and the District Museum in Toruń.
7. Developing electronic publication to be used as a museum exhibition guide.
8. Creating a film spot, presenting the results of the experiment.
9. Creating an extensive photographic documentation, identifying fixations and saccades.

Further actions
1. Verifying the research done in 2016 at the exhibition Polish painting and sculpture from 1945 to 2010 at the District Museum in Toruń collection.
2. Formulating initial assumptions to the project regarding the look and functionality of the Eye-tracking in museum guide.
3. Preparing 38 video materials presenting eye movement activity of experiment participants.
4. Completing and editing 10 texts concerning the works of art which were watched for the longest time during the eye-tracking experiment.
5. Completing and correcting 10 heat maps, identifying the places of viewers’ biggest attention, as well as 10 attention maps, presenting gaze directions.
6. Providing 29 illustrations, presenting the fragments of works that gained the most of participants’ attention.
7. Recording 3 interviews of scientific and popularising character about the exhibition and the experiment.
8. Performing usability tests of the online museum guide regarding its optimalisation and mobile device use.